Thought I’d return to sharing Andrea’s insights while she was in Spain during her 14th/15th year. The host family she was initially placed with had many problems, the greatest one being that their eldest daughter was hiding many secrets from them. Somehow she had been able to keep from her parents that she’d been held back a year in school due to failing grades. She was, however, a popular student who also happened to smoke, drink and do drugs without her parents' knowledge. Andrea enjoyed the excitement of these new-to-her behaviors, and truly liked her host sister, but keeping all the lies straight within this family was causing a tremendous amount of anxiety and stress.

As parents, we had no idea all the behaviors Andrea was being introduced to/participating in but we did know that she needed some distance from this family so that she could evaluate the situation from afar. To facilitate that, we arranged for her to visit family friends in Austria for two weeks. While there Andrea wrote the following epiphany in her journal: 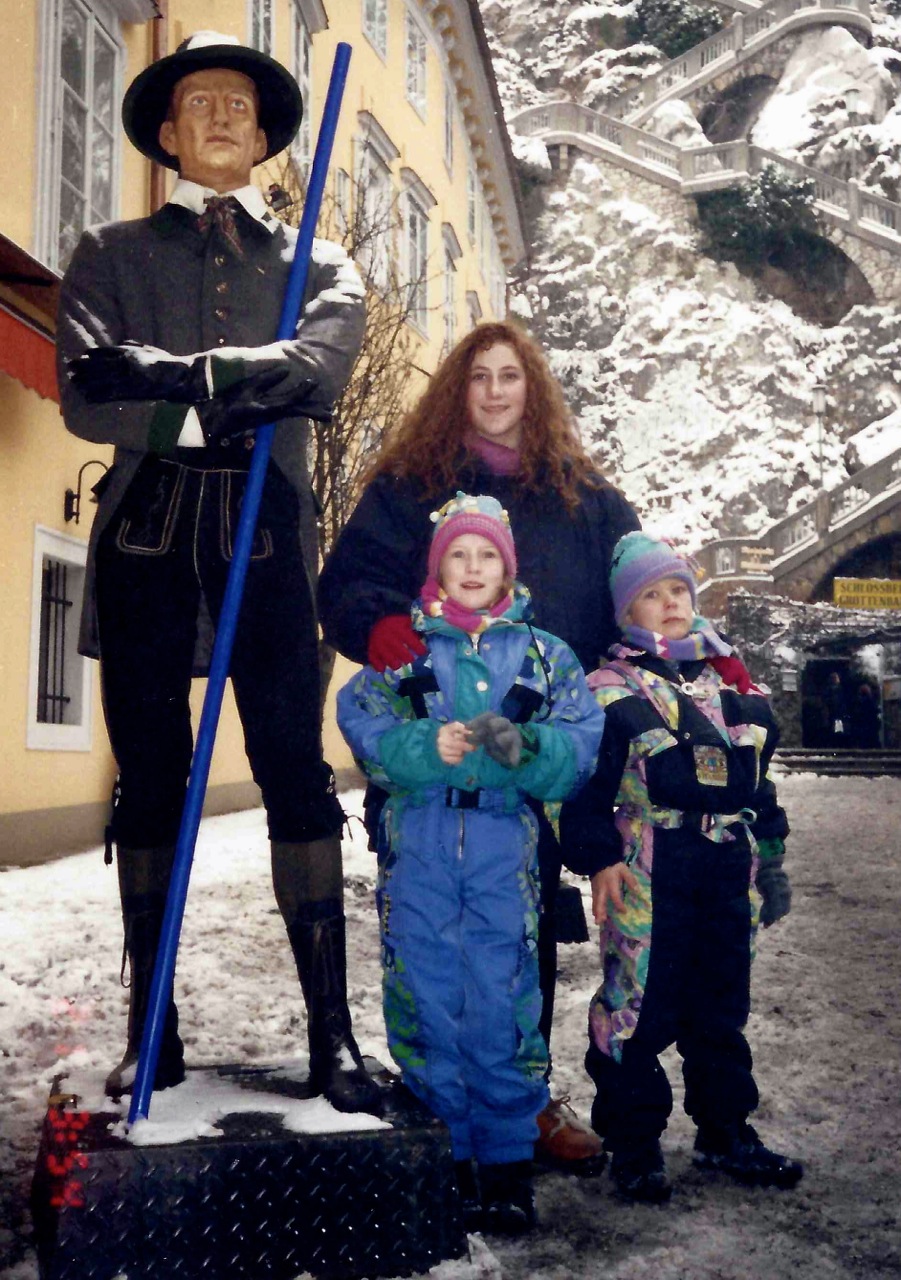 what happened and why it happened and now I’m sane again and everything’s great. There’s just one problem. Realizing all this I’ve realized something else. I don’t like it there. I don’t like anything about it. I don’t want to go back. It’s not my world. I don’t even want it to be my world, so how do I go back and be happy for 6 months?

From the book, Andrea's Voice, Silenced by Bulimia (Gürze Books, 2006)

In the photo, Andrea is with our friend's children. She wrote on the back, "Austria--standing in front of the Shlossburg next to a 'Styrian man' She's wearing a borrowed down jacket.