Healing metaphors gathered at the beach 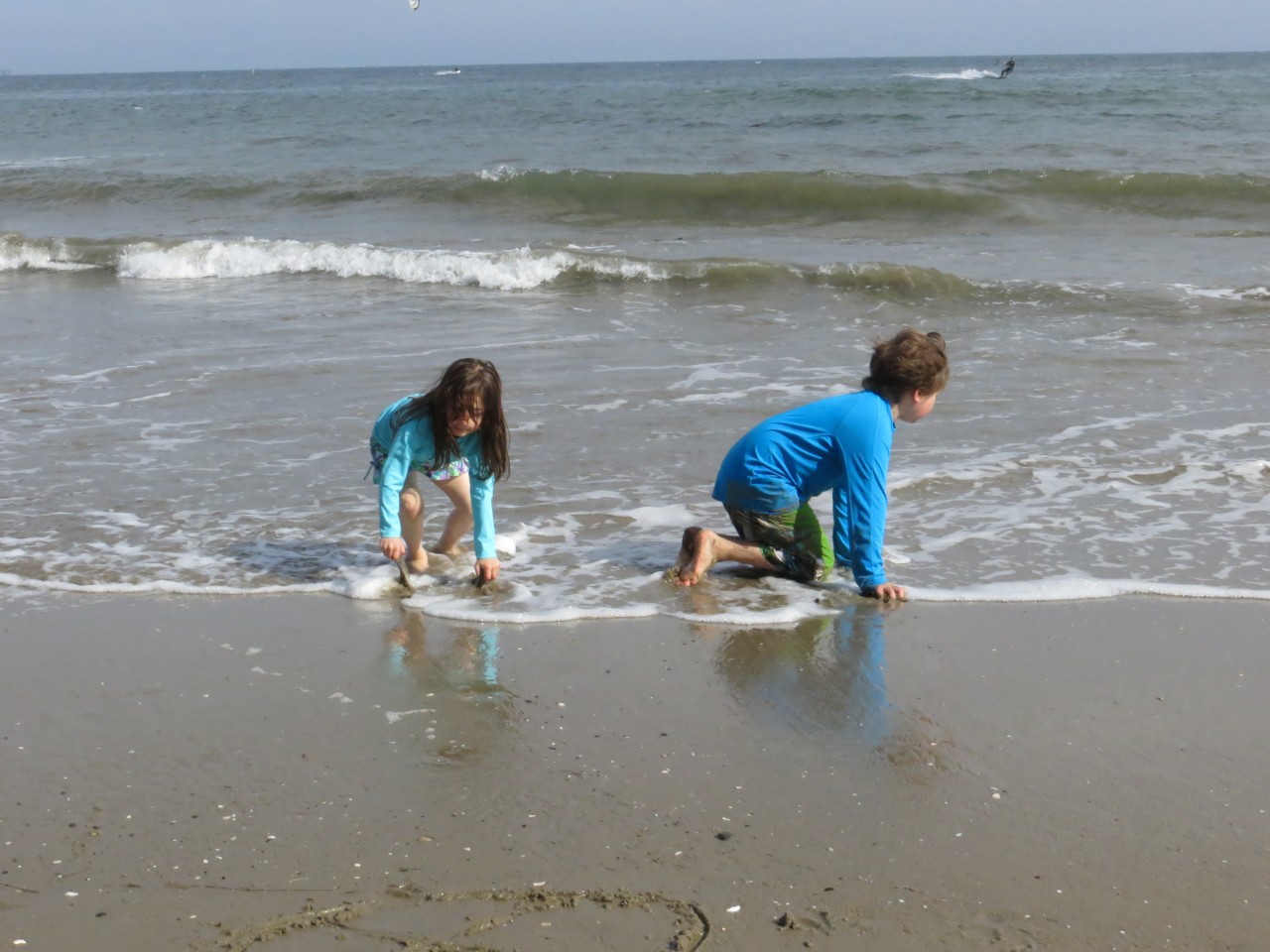 We just returned from a fun-filled family vacation in Santa Barbara that included visits at two different zoos, special “girls only” pedicures, walks on the wharf, and above all, play on the beach. As I reflected on this lighthearted time, the "healing metaphors" jumped out at me.

I watched our grandchildren’s beach shovels hit the occasional large stone while digging deeply in the sand. In order for their efforts to continue these obstacles had to be dislodged. The "diggers" were not daunted. With patience and persistence they scraped around the rocks until loosened enough to be pulled out and laid aside allowing for the activity to continue.

Is this not reminiscent of the work we do on ourselves...digging into psyche, discovering those aspects of self (or experiences) that must be loosened and temporarily laid aside in order for our self-explorations to continue?

The excavated sand was scooped into buckets, which were upturned and emptied into mounds surrounding the pit. Eventually these seemingly extraneous piles of sand were flattened via karate-like kicks with bare feet, reuniting the cast-off portions.

How similar to our eventual recognition of the need to include all aspects of who we are into an integrated whole. And how pummeled and flattened we can feel by the “karate kick” feeling inherent to this process.

At one point, under my watchful eye our grandson Fischer clambered to the top of a high cliff while his parents ran back to our rental for forgotten items. Fischer’s ascent began in an easily trod crevice, which led to a higher flat area, allowing fairly easy access to the summit. When his mom and dad returned, rounding the corner at the base of this cliff, their eyes widened as they spied their son’s seemingly precarious perch. I encouraged our grand son to show them the path he took by retracing his steps. With relief they were able to see, from this new vantage point, that the trek was not near as dangerous as it first appeared.

The goal of healing can appear daunting or downright impossible when considered in its entirety. Yet, when we begin by taking just one initial step, followed by another and then another, we are less overwhelmed or frightened by the enormity of the task. It is especially helpful to have the perspective of a mentor or guide who has already walked the path.

Although witnessing joyful play prompted these similes, I am completely aware that there is nothing easy or joyous for most of those who choose to begin the arduous task of healing from an eating disorder. Seeing the journey of healing through the lens of these simple metaphors makes them seem, at least to me, more doable somehow.